She says it was like a bad after-school special, and laughs. But there is sadness in her eyes, and shame. Not much, but it is there, I think. I want to say the right things, but it is hard to find the words when she tells me her story.

Jake* was older than I was, a frat boy. I’d had a crush on him for months and I was newly single, having just broken up with my boyfriend of three years. And now Jake and I were at the same party.

He fed me drinks all night. I laughed and flirted. My friend asked if I was going to hook up with him, but I said no. I was still sad over the break-up. My ex-boyfriend was the only guy I’d ever been with.

I blacked out for a while. I don’t recall walking upstairs. The next thing I remember is standing in a bedroom. Jake locked the door. We kissed on the bed but I was very drunk. I could barely move. He took off my pants and I remember saying, “No, I don’t want to do this.”

He kneeled on my thighs to keep my legs open and held my hands over my head with one hand. He was inside me and I began to cry. I remember feeling like I couldn’t stop it. I don’t know why. I was just—resigned.

I told him if he was going to force me to at least use a condom. He was still holding my hands over my head when he flashed a condom in front of me. I assumed he put it on.

When he finished, he left and I lay there crying for a while. I got up and put on my pants, wiped my eyes, and left the room to find my friends. There was no drama, no yelling. No one at the party knew what had happened, except my friends. On the way out, we ran into him. My friend said, “She liked you.” He shrugged and said, “Sorry.”

I didn’t even think of going to the police. I wondered if I’d led him on. I even thought that since I had liked him, maybe somehow it wasn’t “rape.” Even though I was aware you could be raped by someone you know, when it happened, I just—I don’t know. It was hard to accept that it was rape. It wasn’t bloody. I didn’t have a knife held to my throat. I wasn’t punched. No broken ribs.  But I did have bruises on my thighs and wrists where he held me down. 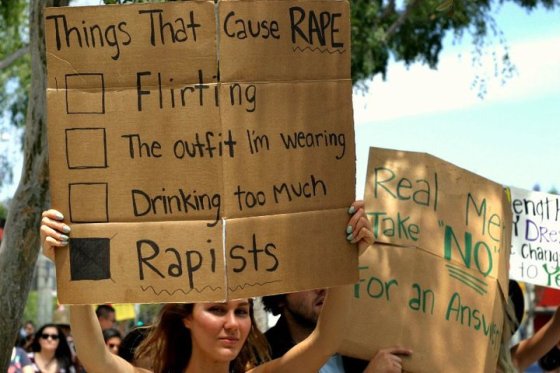 I saw him on campus that week and he waved.

Two months later, I found out I was pregnant. And I had an STD.

I called my mom from a bathroom stall in my dorm. She booked a flight for me and when I got home, my parents told me what was going to happen. They didn’t ask me, but I think they were just trying to make it easier. I don’t know if I could have made the decision.

The first trip to the abortion clinic, I couldn’t sign the papers so my mom drove me home. Two days later, I went back. I don’t remember much about the procedure, except that I cried a lot. In the recovery room, I listened to two mothers talk about their other children’s soccer practice later that day. That made me cry harder.

I was gone from school for three weeks, but I kept up with the work. When I returned, I just stepped back into things. Whenever I saw Jake on campus, he would wave and smile. A true, genuine smile. Not gloating, not mean. So I’m not sure he thought he did anything wrong.

A few years after I graduated, he tried to connect with me on MySpace. He sent me a note like nothing happened and asked if we could get together the next time he was in Chicago. I wanted to seem unaffected, like he did. So I wrote back. But I said no, we couldn’t get together.

But then I decided I was going to be by myself for a while. And that was the smartest thing I did. I became friends with myself again. 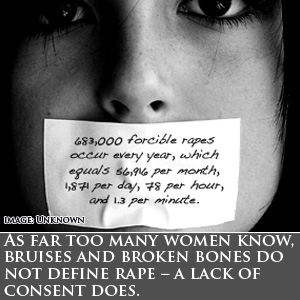 *All names have been changed