When I was 6, I sat on the floor near the stereo with my father and listened to Thriller, the new album from Michael Jackson. My dad had just come home from the store, and rushed to put it on. I was in awe, as much with my father as with the music. I watched him watching the stereo. Anything that caused my dad to gasp, nod, and shake his head in wonder must be worthwhile.

He even made our entire family watch the Making Michael Jackson’s Thriller documentary one Friday night. There were similar obsessions with Elvis, Simon & Garfunkel, Buddy Holly, and John Fogerty, to name a few.

My mother shared this love of music. Any good song made her dance.

Singing and dancing—there was a lot of it in my childhood. My father taught me to jitterbug when I was in kindergarten. My mother was the queen of impromptu dance parties in the middle of the family room. I still can’t hear a song without moving some part of my body, and often singing along (unfortunately).

The radio was always on in the car and during parties. Before the guests arrived, my older brother and I would wait by the stereo, listening. One of my favorite memories is when, during one of these moments, he asked me to dance. We performed some sort of waltz that only we knew. I believe it was to Neil Diamond.

To this day, our family get-togethers are not complete without dancing, even while washing dishes in the kitchen. Which would be nerdy if we weren’t so cool.

I thought about all this in my excitement to see Mumford & Sons in Dixon, Illinois this weekend with my sister and husband (though he is skeptical of the whole dancing bit).

And I thought, “Thank goodness I have two parents who passed on their love of music and dancing. Life would be so boring without them.” 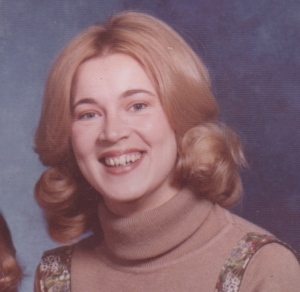 *The title refers to THIS.