I should hate bats.

For five of the past six Augusts, we’ve had a bat in our home.

One time, a bat swooped into our family room at 9pm as my husband and I watched television. We got it outside with a tennis racquet.

The next August, my husband used that same racquet to slam a bat against our bedroom wall, killing it. I was sad for it but that little bat caused us some headaches: it was rabid and that meant that I, my husband, and our one-year-old son had to endure a series of painful rabies shots that cost $1,500. 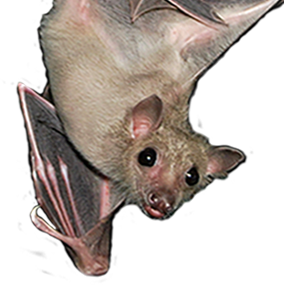 Another August, I checked on my sleeping toddler and as I walked out of his room, a bat flew past me down the hallway. I slammed the door, waking my son, and said, “Shit, shit, shit.” It was the first time he heard me swear (maybe). My husband was out of town, and I was caught in my son’s room with no phone. So I told him to stay put, grabbed his comforter, threw it over my shoulders, and crawled to my cell phone. Did I mention I was 9 months pregnant? An officer came to capture the bat for testing. It was his first time. He shrieked and swore louder than I ever did.

The last August we had a bat, the sound of scratching awoke me. For some unknown reason, seeing as we were Bat Central, I thought it was a mouse. I flipped on the lights and looked at the floor. No mouse. I looked up. Bat.

Finally, our house seems to have been properly sealed, as we did not encounter a bat this August. I actually feel kinda bad. Bats tend to go back to the nesting site they’ve used for generations. I envision a group of homeless bats wandering about and sitting on their suitcases, a la the final scene in Fried Green Tomatoes.

When you have bats five years in a row, you learn about them. They’re not blind, for example. They can walk up stairs. Only 1% of the population has rabies (weren’t we lucky?). And a bat can eat 1,000 mosquitoes an hour. Without bats, we’d use a helluva lot more pesticides.

The more you learn about something, the more you feel a sort of kinship with it. At least, I do. Even with bats.

Plus, it’s hard not to root for an underdog/bat. They’re dying by the millions from a fungus that came from Europe a few years ago. It’s traveling east to west and has made it across the Mississippi. It’s the worst mammal epidemic on this continent ever. This is on top of the habitat loss already occurring.

Scientists are still working on the problem. In the meantime, do yourself, your neighborhood, and bats a favor: erect a nice little bat house in your backyard.

CLICK HERE to start shopping. My bats and I thank you.

The Latest at Great New Books: This month, we’re reading Erika Robuck’s new novel, Hemingway’s Girl. And this week, if you enter a comment in our discussion, you are eligible to win a personalized signed copy of our October book pick, Lydia Netzer’s Shine Shine Shine! Come join the fun and discover great books with us!

“In one experiment, psychologists asked ordinary Americans to contribute five dollars to feed Rokia, a starving seven year old girl in Mali.  About half would donate the five dollars.  The same percentage would donate to save Moussa, a little boy from Mali.

In a recent interview, George Clooney stated that for years he has tried to appeal to people’s hearts regarding the

ongoing genocide in Darfur, but it hasn’t worked. He’s given up. So now he is going to appeal to various countries’ economic interests in the region, in hopes of getting these countries to intervene.

How could a man like George Clooney not get people interested? I assumed it was because there is just Too Much Shit going on in the world—we simply can’t care about it all. Now I’m wondering if maybe, as the study above suggests, we won’t care. Not until we hear a specific story (the “hook”), or until we can relate (there’s always the question of possible underlying racism), or until the horror is so beyond our realm of thinking that we can’t help but pay attention–e.g., The Holocaust.

A few weeks ago, I read an article about a Holocaust survivor who, every year, tours schools speaking about his ordeal. A particular quote struck me:

“We have to keep it alive so it doesn’t happen again,” a teacher at one of the schools said.

I hear this a lot. What do we mean when we say “it”? Six million specifically? Does the genocide have to be as efficient as the Nazi system—do the victims need to dig their own graves? Do engineers need to be involved, figuring the quickest way to exterminate millions of people? Does it have to be unique as well as horrific?

Because, in reality, genocide is occuring. Right now. Today. In various places around the world. And it has been occurring in every decade since World War II.

Children in OUR world are being forced to kill their own parents. They are being kidnapped, drugged, and turned into soldiers. Seven year olds. Ten year olds. Women and girls are being raped tonight, now, by men who burned their homes and killed their families. Millions have been, 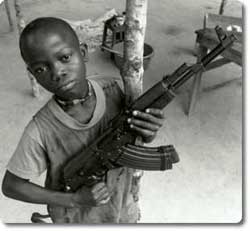 are being, murdered and displaced.

There’s a quote: Everything’s a circle. Nothing’s ever new.